Full moon from the top

You know how I love shooting the full moon rising (or setting) over the landscape. I rarely succeed, but I often try! It’s full moon tomorrow but the best chance of shooting it was today – moonrise was just after sunset so I might just be able to catch the moon before the sky got too dark. And I had an idea, something I haven’t done before: shoot the moon from the top of a mountain with a long lens.

I didn’t have a minute to waste after work, so I drove to the foot of Funäsdalsberget and started walking up. There were some clouds around, especially in the south-west where the sun was setting, but the light got through a gap and I just got to see the last light on Anåfjället. This is how early the sun sets, yikes! By the time I was on top, the sun was long gone but the clouds looked great. It really would have been a beautiful sunset, but I had my sights firmly on the moon instead. A great sunset can potentially happen every day, but the full moon rising from behind Gråstöten as seen from the top of Funäsdalsberget… well the odds are a bit lower on that!

I set up my tripod and then tried to figure out the focus. The A7 has a very unreliable AF when using the Canon adapter, so I had to get the manual focus right. Which I found not to be so easy, because with those magnifications, the camera shakes when I use the focus ring. How can I see when the image is sharp when it’s shaking in the viewfinder… So, trial and error instead. Focus, shoot a frame, check the image, refocus, check. And just to prove that I really didn’t have any time to waste on coming up here, the moon was peeking out from behind the mountain almost as soon as I had the focus pinned down.

It didn’t take long before the landscape got too dark so I was going to leave, but as soon as I had put the camera back in the pack, I noticed how the mountain was lit by the moon. So out with the camera again, and shoot the last frame – just in time before the moon disappeared behind clouds.

I had gotten what I came for, and a bit more – those lovely little clouds around the moon were a nice touch! Me happy. 🙂 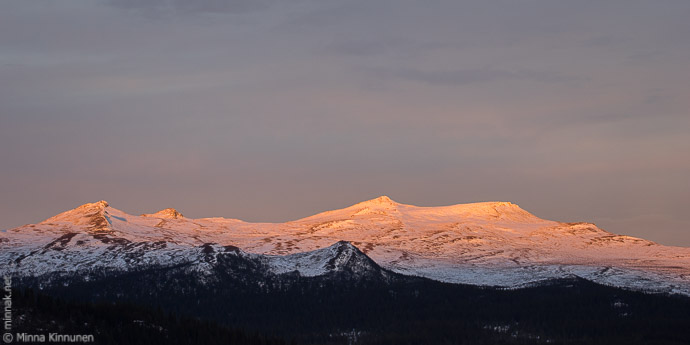 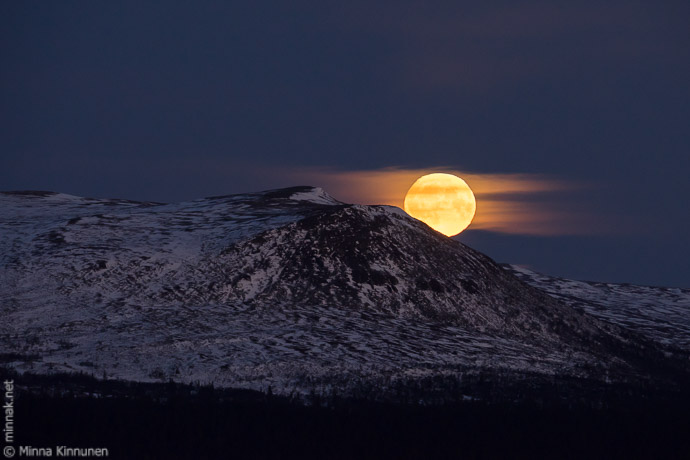 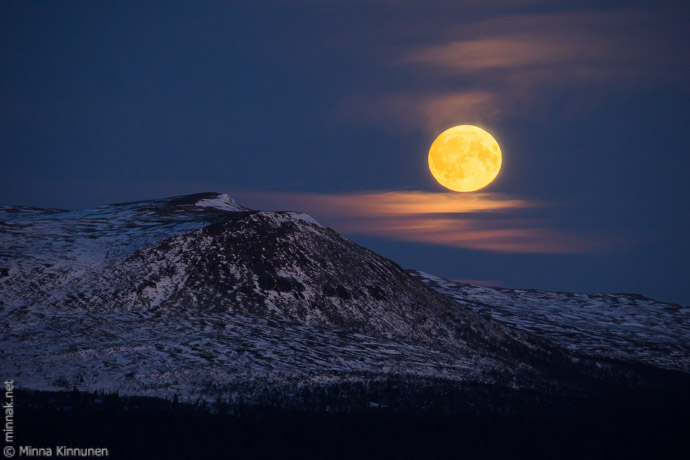 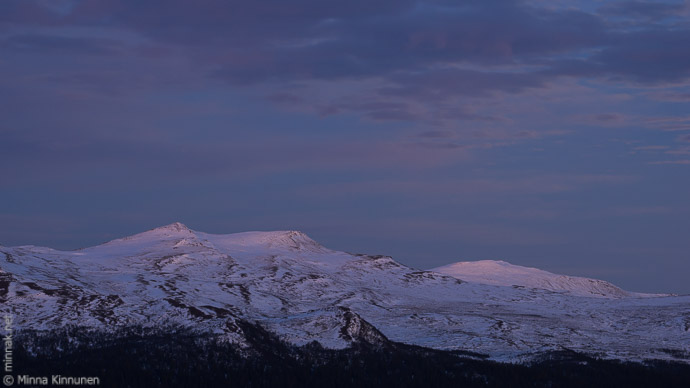