The weather is turning colder and it was snowing last week. Here in Ljusnedal, it was a wet snow which didn’t settle on the ground, but as soon as you got a bit higher, it was proper snowfall. When the clouds finally cleared, I was looking at Ånnfjället which was completely covered in the white stuff! So on Saturday I got up on Ånnfjället for a short hike before the snow disappeared as the temperatures were rising again. The funny thing is that as I was standing up there, for a moment I had a flashback to Iceland. Now that there are no autumn colours left, it looked almost exactly like it did in Iceland after that snowfall!

Tonight when I did a quick training session up to Funäsdalsberget (gotta be quick because it gets dark so early!), I got a good look at Anåfjället and almost all the snow is gone. But the forecast says it will snow again tomorrow… 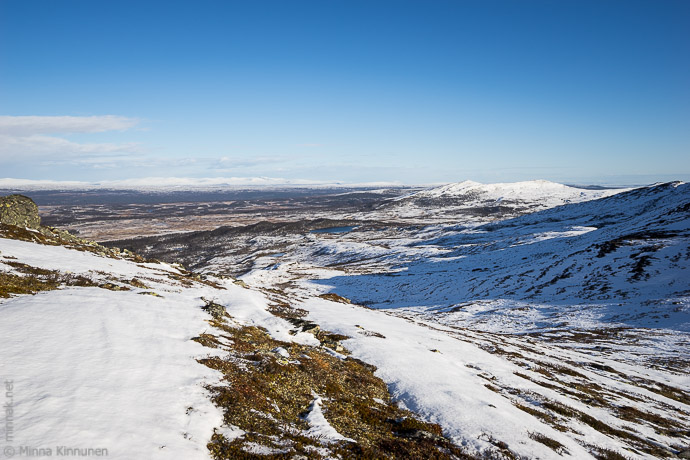 Two days ago, there was this much snow 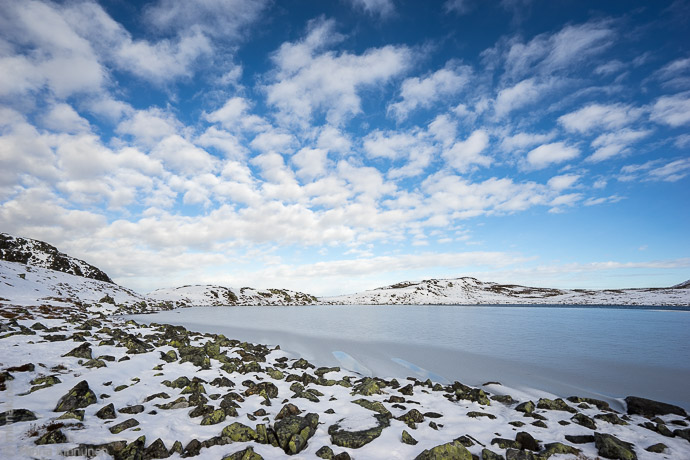 The tarn was almost completely covered in ice

Today just before the sun went down