We started before breakfast to visit a hot spot for a morning shoot. And by hot spot I mean it literally – boiling mud, fumaroles, and all that. Photographically, for me personally, it was perhaps more like lukewarm. I couldn’t quite figure out what to make of the steam… this wasn’t a great landscape place, unlike Kerlingarfjöll two days ago. But then I was standing next to this mud pit which suddenly erupted, throwing the mud around. I found out that it does that regularly, a few minutes apart, so I stayed and set my camera to serial and when the mud exploded, kept my finger on the shutter.

With this place so full of all kinds of thermal activity, there are a lot of ropes to keep people off the danger zones. But as I said before, people are crazy. I saw foot prints right on the edge of hot springs, I saw how somebody’s foot had broken the thin crust by a mud pot. No price is too high for a good closeup?

When the sun came up, I did what everybody else did, and started shooting the back-lit smoke. Then I noticed that occasionally the wind would move the smoke and reveal the sun low in the horizon, which gave me an opportunity for a sunburst effect.

After breakfast, we drove to Grjótagjá, which is a small cave made famous by Game of Thrones. Since I’m one of the few people in the world who is not watching the series, the association didn’t impress me, but apparently the rest of the world disagrees and there was a queue to get in. There are two entrances and not a lot of room, so I squeezed in and tried to get the pictures as quickly as possible to release the space for others. Since I had been one of the first of our group to go in, I had time before the others were done, and used it to check out the second entrance. I found a nice angle but there was a constant stream of selfie-takers, so finding a 20 sec gap in between people for my long exposure required a lot of patience (and a lot of silent cursing). Then suddenly I saw one woman lying down on the rock and reaching out in the water – testing the temperature, I thought, and cursed some more. During lunch, I heard the story of this woman. One of our group had seen her trying to get the best angle for a picture and had their mobile dangling precariously over the water. Sure enough, she dropped it, and that’s why she reached down in the water, trying to fish it back. But the water is warm (45°C) and she couldn’t stand it, so she quickly pulled back. Apparently it was one of those mobile holders which double as wallets, so her vacation just got a new price tag!

In the afternoon, we did some waterfall shooting. The basalt cliffs at Aldeyjarfoss were amazing, it’s almost hard to believe that they are sculpted by nature! 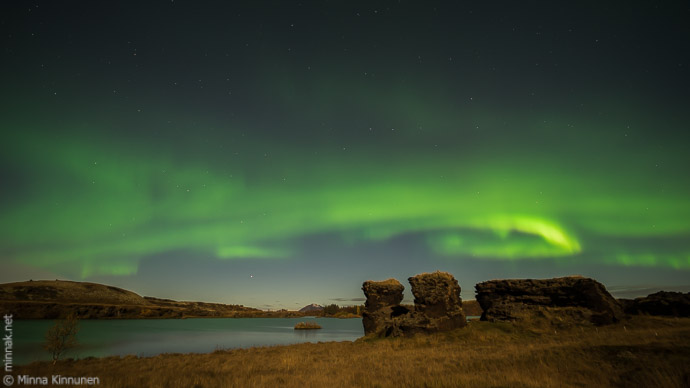 Aurora over sea stacks (although the water is not the sea, it’s Mývatn!)

But the day wasn’t over yet. The weather forecast promised clear skies, so after dinner, we went aurora hunting. When I checked the aurora activity in my app, the KP index was at 1. In order to have a chance to aurora at home, the KP index needs to be up to 5, but when you’re close to the arctic circle, the solar activity does not seem to matter. Because we saw the lights dancing high up in the sky, clearly visible despite the full moon! Unfortunately, by the time we arrived to our spot, the dancing had stopped and we mostly just got the green glow. I used the same sea stacks I had used earlier today, but after a while I realised that I didn’t tell anyone that I was going way out (everyone else had stayed close to the cars) so I made my way back to the group to wait and see if the dancing lights would come back. Alas, no, and there was a bank of clouds approaching which reduced our options anyway.

It had been a long day and I was happy to hear that we didn’t need to get up early for a pre-dawn shoot. This vacation is starting to wear me out! 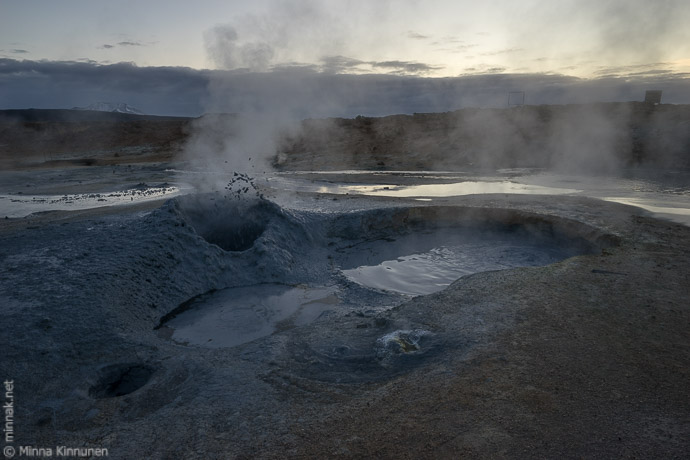 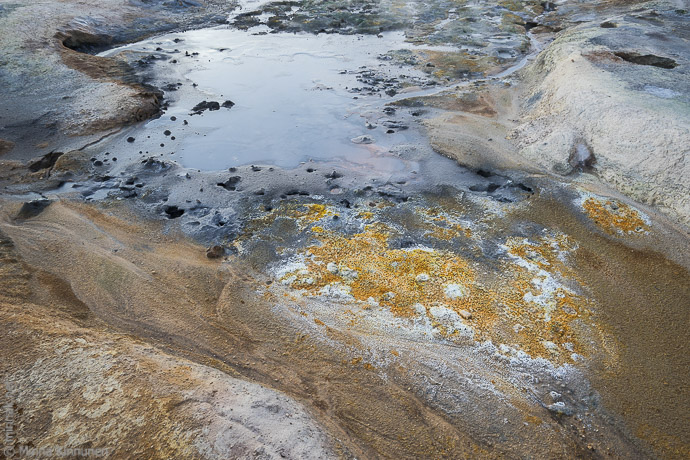 Imagine walking in this stuff 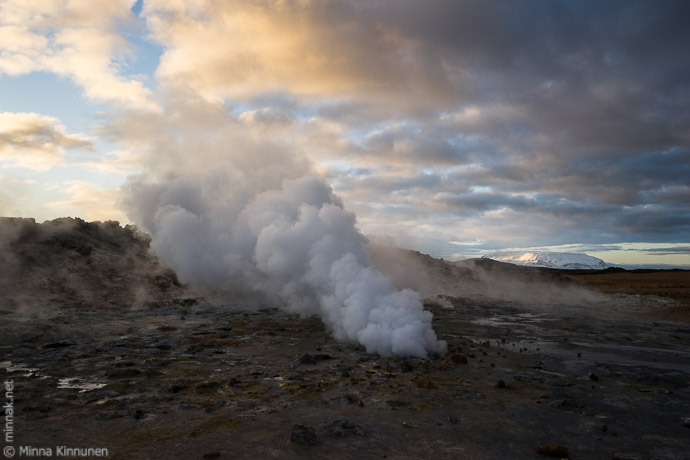 Smoke in the morning 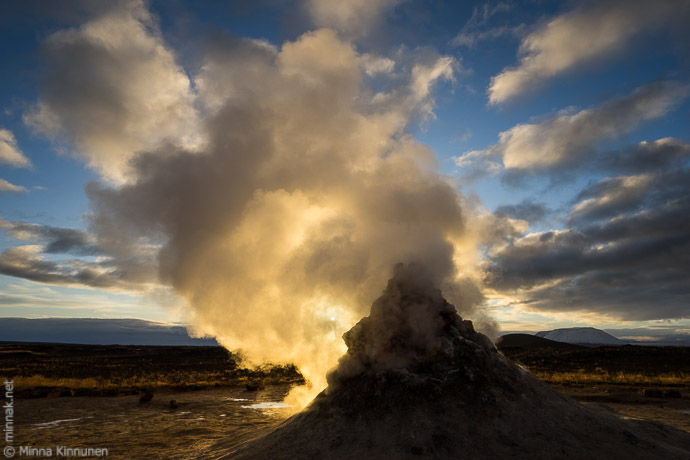 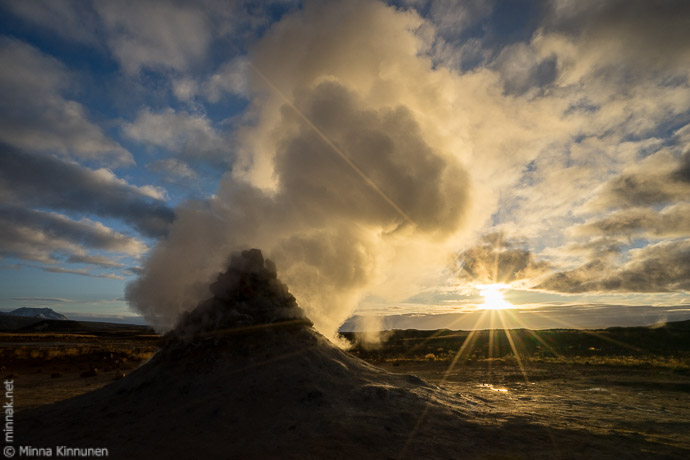 Sunburst behind the smoke 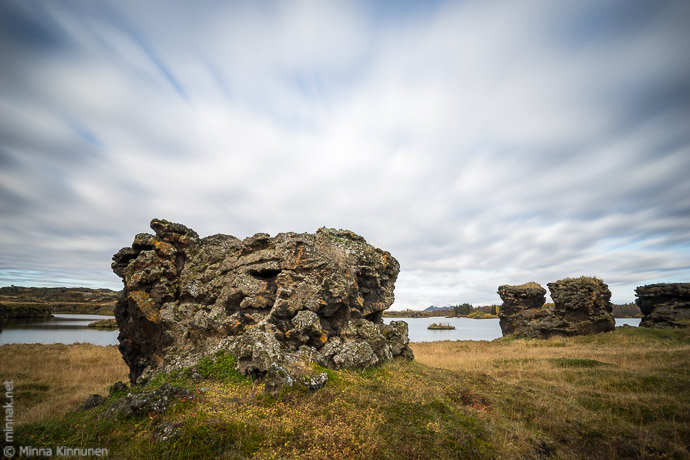 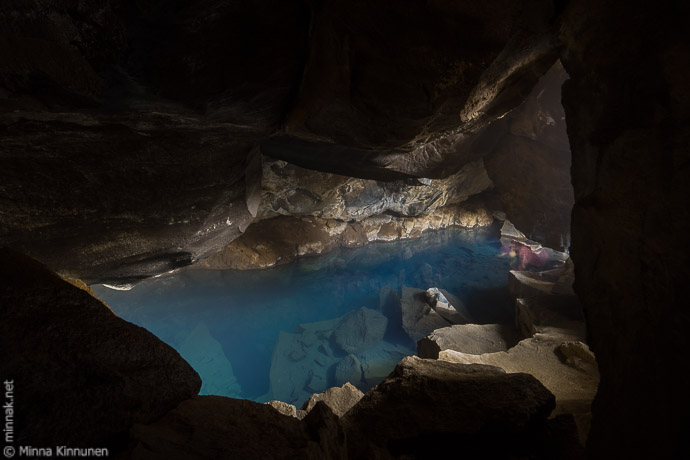 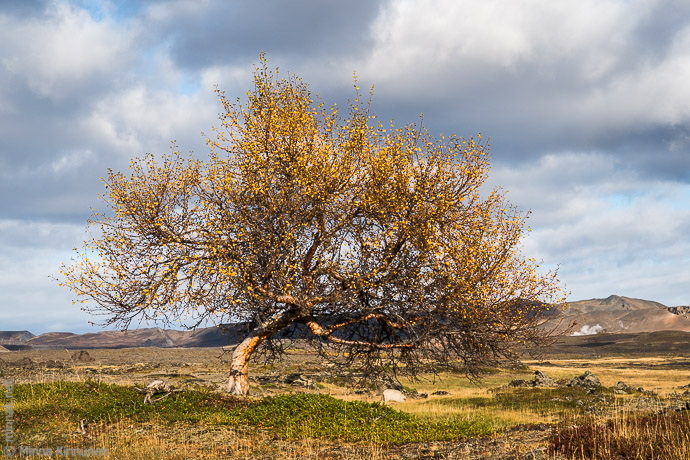 We had lunch at a spot with wonderful mountain birches 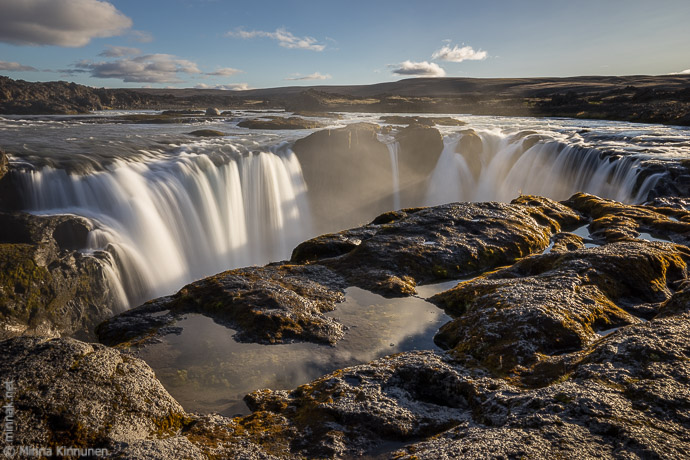 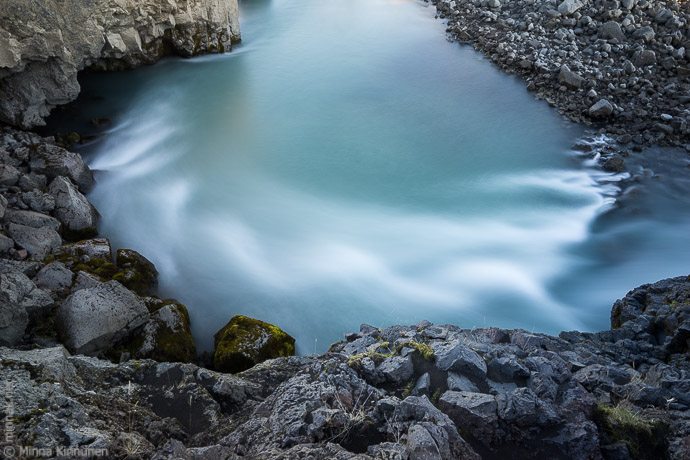 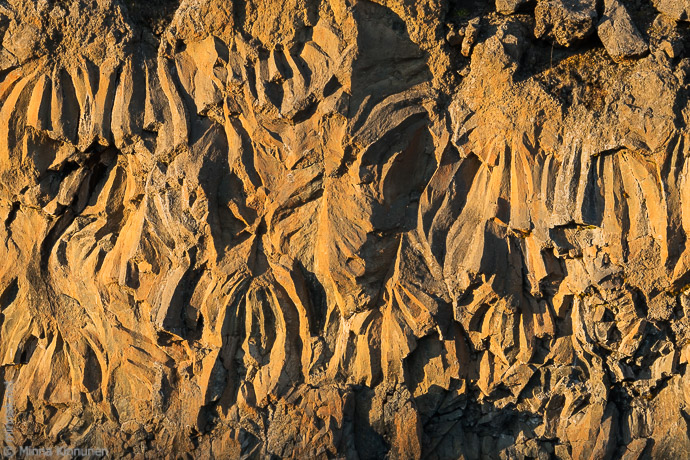 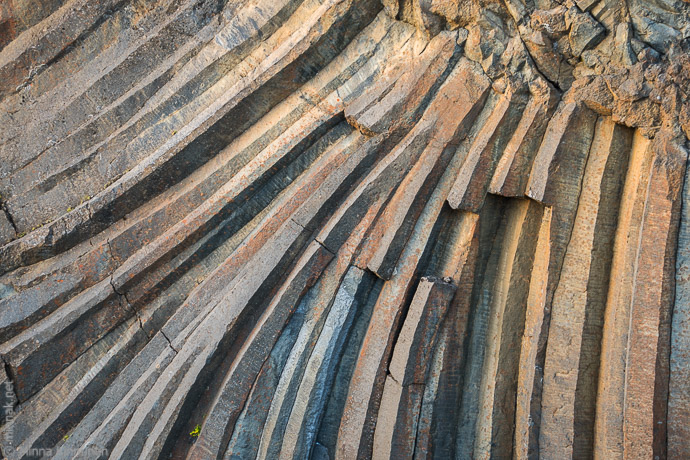 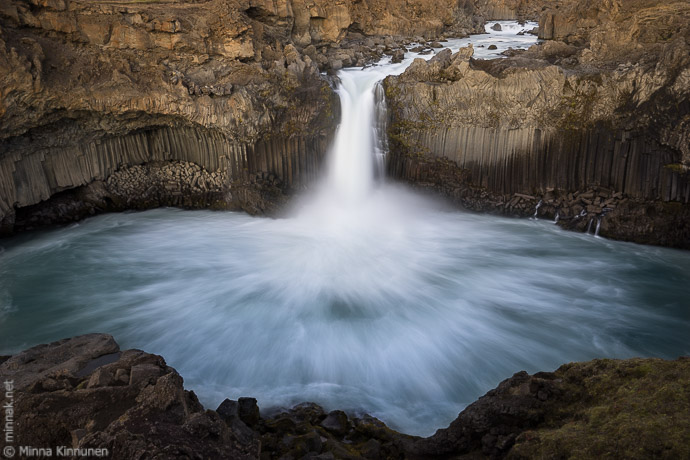 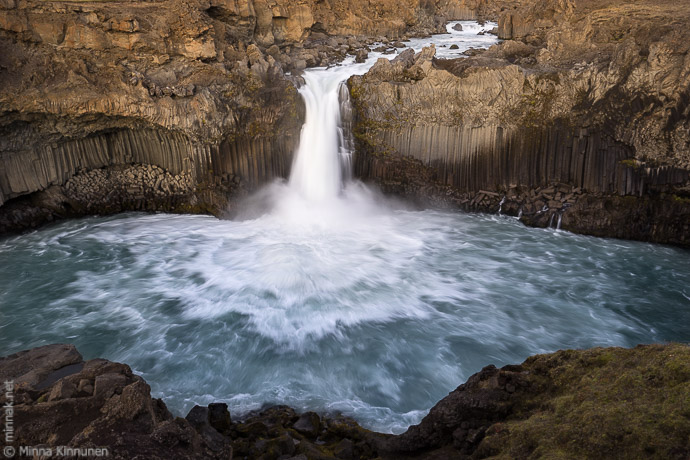