It’s here – the wind and the rain and the snow. Basically, normal Icelandic weather! It was raining by Mývatn but as soon as we started driving up a mountain, it turned to snow instead. Photography became a bit of a challenge, but we made a brave effort at Krafla, a water filled volcano crater. I had plenty of warm clothes on, but oh the wind… it gets through everything! So while I was freezing in my multiple layers, I saw a tourist posing for a photo with bare ankles (and tight jeans). Either she’s extremely hot blooded, or the concept of winter hasn’t quite sunk in yet. 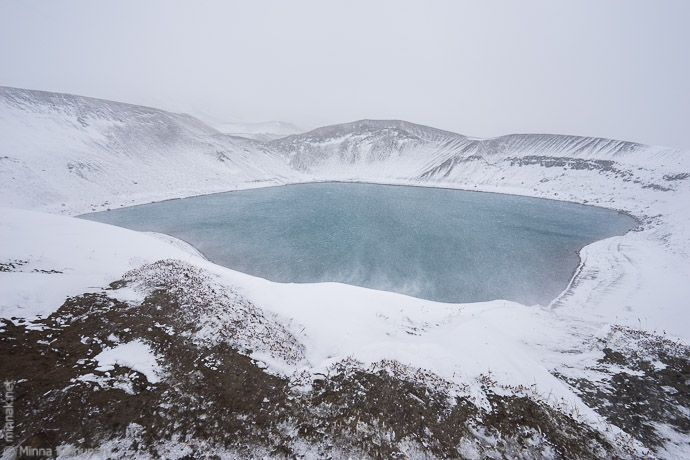 But if you just can ignore the wind for a while (or have it on your back so it doesn’t feel so bad), the weather can provide some special circumstances for photography. So we had a photo stop to shoot this mountain and it was quite beautiful how the snow softened the features. Again, landscape reduced to the bare essentials, this time by white snow instead of black sand. 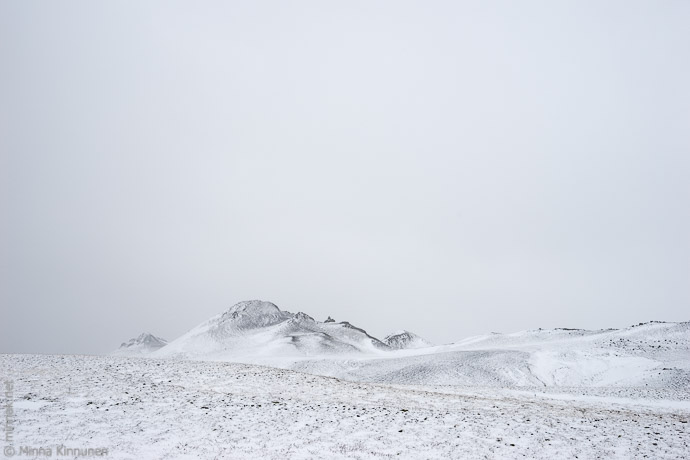 For the evening session, we drove to Dettifoss. It’s a huge waterfall, the biggest by volume in Iceland. In fact, the biggest in Europe! The road to Dettifoss qualifies as an F-road, but for some reason it’s not marked as one. Certainly, in these snowy conditions like today, only crazy people would drive it with a normal car. And it turned out, there are a lot of crazy people. And it just kept getting crazier. When we got to the turnoff to the parking (it’s a few hundred meters), the snow was really deep and even our big 4×4’s struggled a little bit. Some people had been forced to leave their cars in the turnoff, and walked the remaining stretch. By now the snowing had turned to wet snow, so a waterproof layer was a requirement and I’m not entirely sure that everyone had that.

From the parking, it was a short walk to the viewpoint to the falls. It was part icy, part wet, part snowy, and quite special to see the waterfall under these conditions. I’m not sure if it was the light, but I’ve never seen water that grey. I’ve seen brown, blue and green water… but grey? Although it figures, this is Iceland and the sand is black!

We stayed there until it was getting dark, which was well before sunset because of the weather. To our surprise, we met some cars on their way towards Dettifoss. I’m sure they were going to the falls, because there is absolutely nothing else here. It’s 30 km from the main road to Dettifoss, and there’s not a single house on the way! And these cars we met… not all of them were 4×4. For the life of me, I can’t figure out how they managed to drive that road! Just look at the film I shot from our car. And this wasn’t even the worst passage!

Inevitably, we soon came across a car which had stopped by the road – a flat tire. So we’re just minutes from sunset, it’s cold and windy and snowing, and your car breaks down. What a nightmare! Magnus got out of the car to help them, it turned out that the car rental firm had provided the wrong wrench so it didn’t fit the bolts. While we were waiting for Magnus to make some calls to get car rescue for them, a minibus came by, going towards Dettifoss. It was filled with Japanese tourists, with a Japanese driver. He asked us how the trail was to Dettifoss, is it possible to walk there? We tried to tell him that his problem was not with the trail, but with the fact that his minibus is not suitable for this road in these conditions, and it was too late anyway. He insisted on the trail though, and when we told him it’s walkable, they continued towards Dettifoss. And that wasn’t the last of the traffic we saw. Even when it was already dark, we met cars. For the life of me, I cannot figure out what people are thinking. Shouldn’t some warning bells start ringing when you hit all the potholes and pools of water on the road? And it’s dark? What the heck do you expect to see if you finally get to the falls?

My only conclusion is that it’s people who are coming from countries which never get any snow, and they are living in cities which never get dark. So they just simply don’t understand how dangerous these conditions are, and how dark the night is when the nearest street light is… well, it might as well be in Reykjavik, it wouldn’t matter out here. But even if. I’ve never seen as many candidates for the Darwin Awards as I saw today! 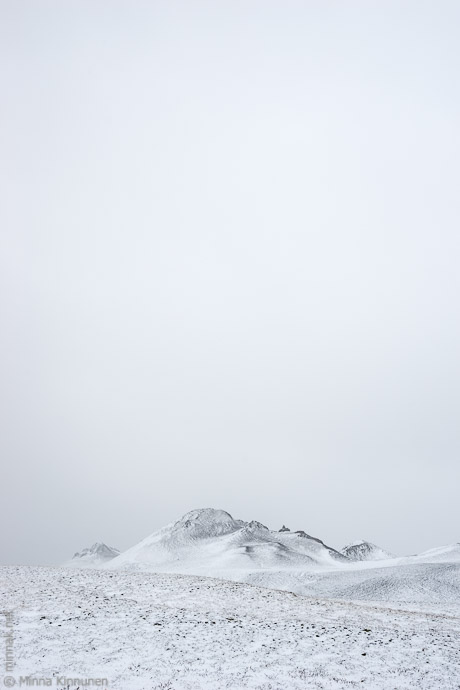 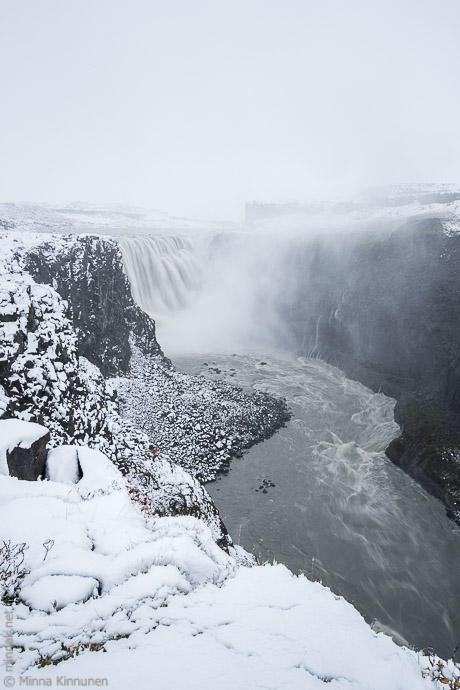 Dettifoss. Normally you can get closer to the falls, but not today.