I wasn’t going to do this, but here I am again – in Iceland! I was planning to do it next year, but a cancellation opened up a spot on this year’s trip with Creative Adventures and I thought, why wait, so I took the spot.

We arrived yesterday and had time to settle in last night. It was great to meet everyone, it turned out that I have already met four of the other seven people in the group on previous trips, which makes the whole thing so much easier for a socially handicapped person like me! 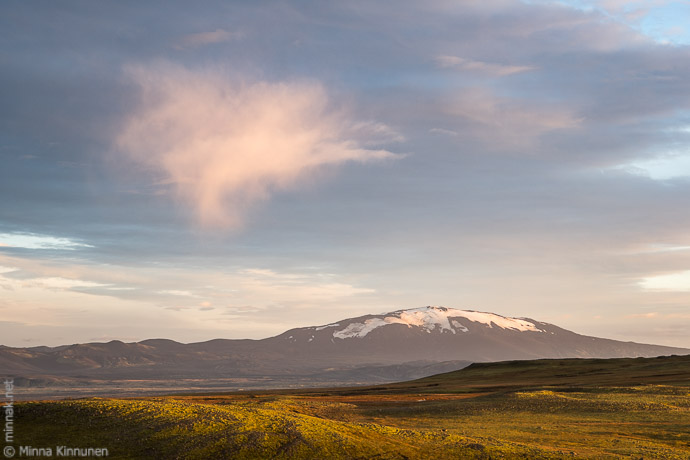 Hekla! I don’t know what it is, but I was dying to get a picture of Hekla. To the point where I ignored the waterfall of Háifoss which we visited here!

We ate a quick breakfast and headed out to the black lava fields that I’ve learned to love. It’s a wilderness where you have to be able to get by yourself (even if we had 4G coverage in the most unexpected places!), but our 4×4 cars handled the small roads just beautifully. That is, until we discovered that last week’s torrential rains had done a number on some of the roads. One creek had become too deep for fording without a snorkel, and in another place the road was completely washed away. The black lava sand is treacherous, it can become quicksand when wet so drive with care!

But weather-wise, we got lucky. Almost no wind and just a few odd drops of rain, it feels almost too gentle to be Iceland!

On my previous photography trips, I’ve noticed how I get more and more tired towards the end of the week and start to lose inspiration to shoot. It leads to me just walking about with the camera in hand, without a tripod, and not really thinking so much about what I’m shooting. But today I was doing exactly the same thing, and this is only the first day! But it’s not that I’m already tired, it’s more a question of me having a different attitude than before. I just think that this is a very cool place for walking around, so even if the pictures fail… at least I got to explore the Icelandic back country, and it’s all good! 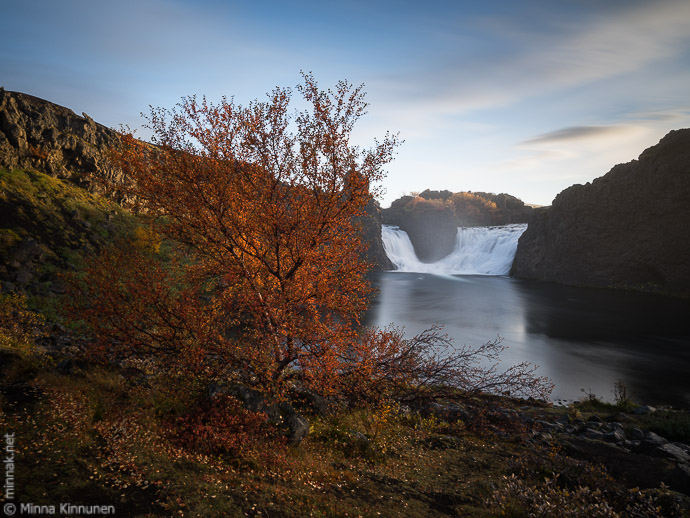 Our first stop, Hjálparfoss in the morning. 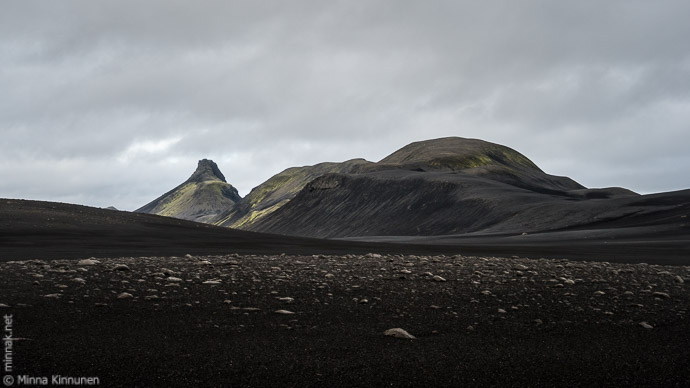 Þóristindur is a mountain with two faces – from the broad side, it doesn’t look like much. But from this side, a much more interesting profile! The only question then is what to use as a foreground. 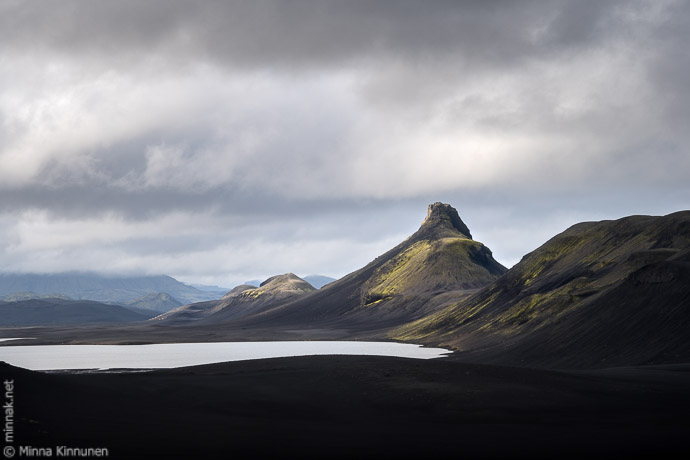 The view from this hill is much better and I’m still kicking myself for not going up much earlier. By the time I finally got up, time was running out so I had to do my shooting in haste. 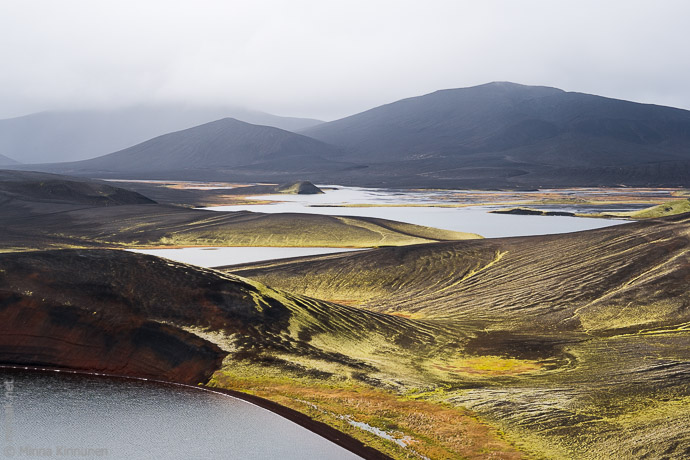 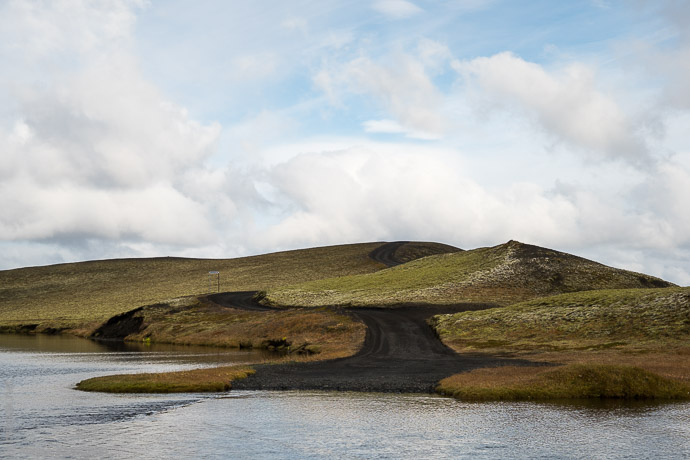 This is typically what the backcountry roads are like. Sometimes you need a snorkel, other times not. 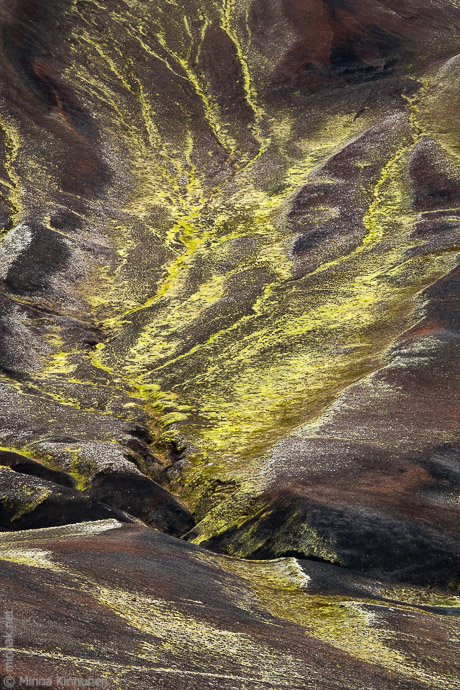 The patterns created by moss and sand are fascinating, and very characteristically Iceland. 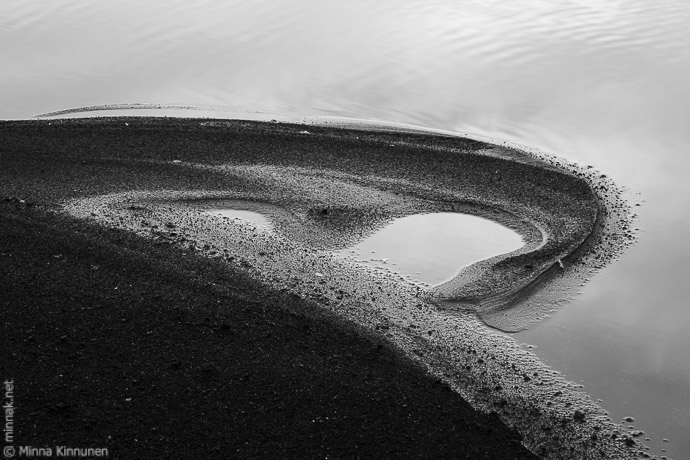 Remember to occasionally look down as well 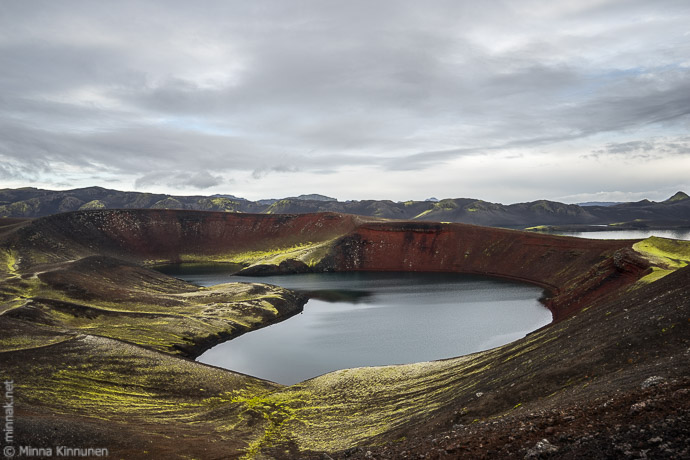 There were lots of craters in this area. Some of them small, some broken, others big and filled with water. 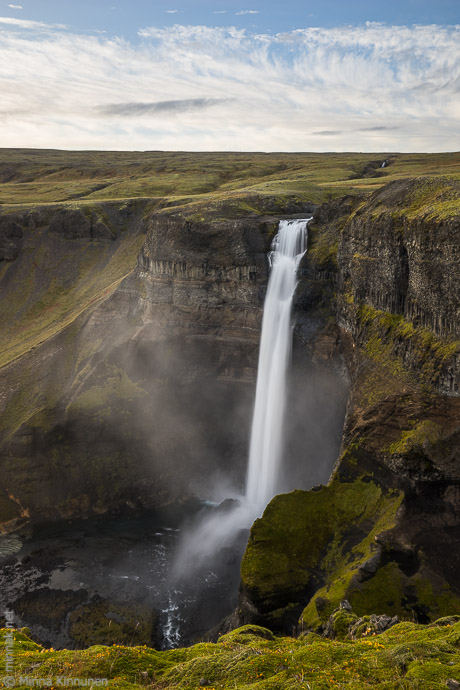 Háifoss – what I probably should have been shooting instead of looking at Hekla, so I only have this one lame picture to remember it by.