Our morning spot was familiar to me and not in a good way, I struggled here at Dýrholaey two years ago. I was not excited about this new opportunity and spent the first part of the morning just walking around. I finally decided that I have to at least try and found two options, and with a helpful hint from Magnus (our leader), ended up pointing my camera towards the seastacks of Reynisdrangar which were barely visible in the mist. However, the light was boring and all I could do was to wait patiently and hope that the sun would change everything. It was a long wait while all the other people in the group were busy shooting…  I even regretted my choice a few times and thought about pointing my camera to the other direction, but decided that I have to stick with what I have, all or nothing. It all paid off when the sun came up, the mist was bathed in beautiful golden glow with the sun coming up right behind the seastacks! It was so much better than I could even have dreamed of, I really had no idea two years ago that it could look like this! 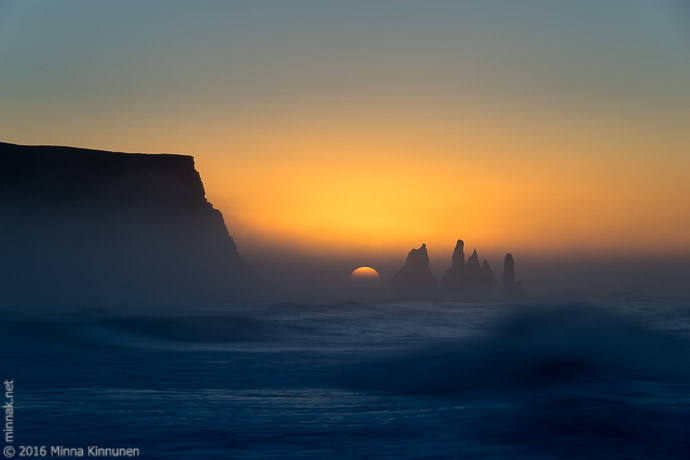 Finally the sun is coming up

Having taken my pictures, I packed up, thinking that I wouldn’t find anything else. Then I saw the other people silhouetted against the sun and everything changed again – out with the camera!

After breakfast, we drove to Nauthúsagil, a small canyon which we had discovered two years ago. Back then I didn’t have wellingtons so I couldn’t go into the canyon, but now I was better prepared. I only stopped when I would have needed to get across the creek on slippery looking rocks and then hang from a chain to get past a waterfall. I’m apparently ok with walking on eroding paths with a long drop just half a step away, but a little bit of water makes me chicken out… Especially after witnessing one of our group slipping off the wall, the only thing that saved him from a complete submersion was that he still had a grip on the chain! He got very wet pants though, for sure.

We finished our waterfall day at Skógafoss. Since I’ve already shot the falls, I wanted to go further this time, there’s a couple of smaller waterfalls upstream so up I went. All the way up to the second smaller fall (please note that “smaller” is a relative term here, I only mean it in reference to Skógafoss), only to realise that nix, this doesn’t work. So I turned back to the first place and checked every possible spot without finding an angle I liked. But I finally had to settle with something, time was running out! 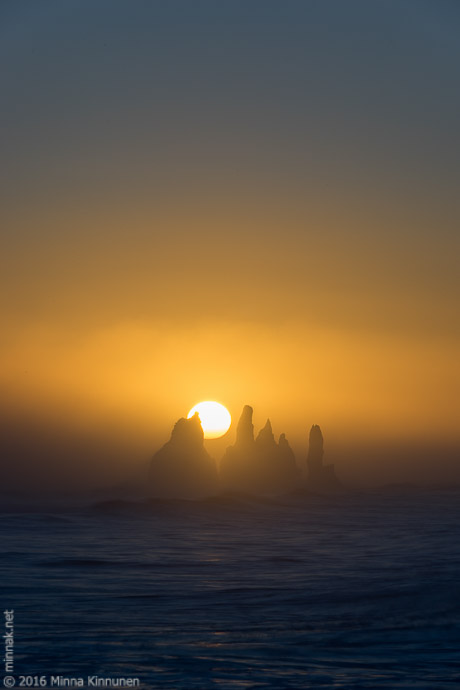 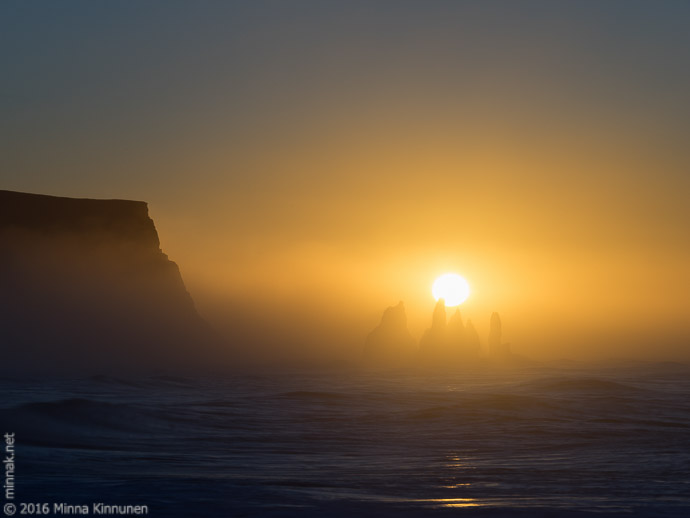 Because I just can’t get enough of this! 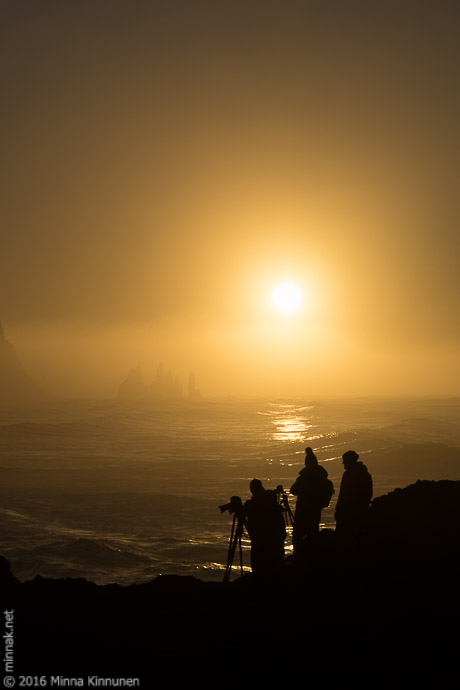 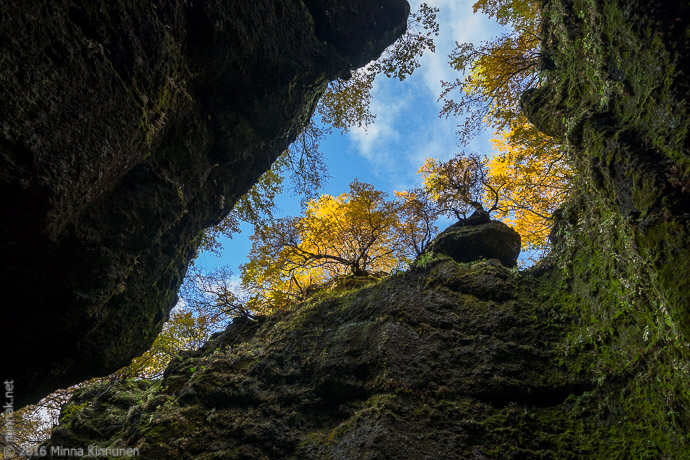 In the Nauthúsagil canyon. This is not an HDR – it’s hard to believe but LR was able to pull off the detail! And that’s why we shoot RAW… 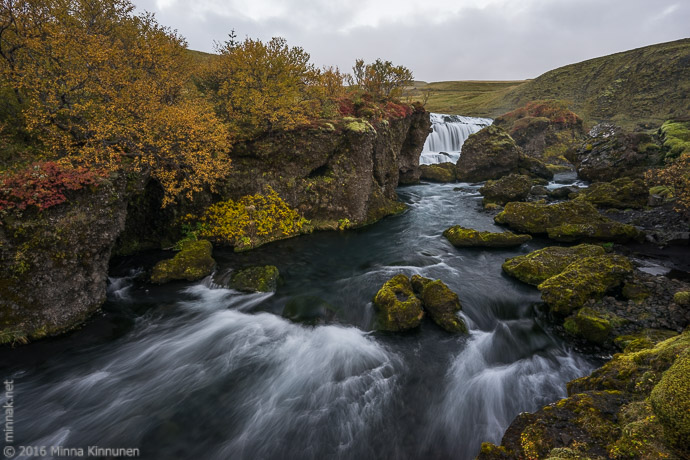 Upstream from Skógafoss. This is actually an HDR, otherwise the sky was burning out.