We did a morning hike to a valley with several waterfalls. The hike up was a bit harder than I expected, and the result less rewarding… it’s not the fault of the place, it really has potential, it’s just that the light wasn’t anything to cheer about. But finally I found a waterfall I was happy with, I had to climb down to the ravine to get at it and even if the pictures are a bit meh, I was still happy about having done my thing.

After breakfast, we drove to the Fairy Pools that we missed on Monday. This time it worked great, the higher peaks were in the clouds but the nearest peak which is perfect as a backdrop to the waterfalls, was visible. We walked quite way upstream first, and then started walking back and shooting. Time flies… we had to leave before I had even made far enough to shoot the actual “pools”! And that was after already spending 2.5 hours here!

We did the evening shoot at a black sand beach in Talisker. It’s a bay surrounded by high cliffs, and a waterfall in the distance that looks taller than Njupeskär. I tried to shoot the wave action around some rocks but it didn’t really work out and honestly, I didn’t really care. It had already been a super day so I was just filling the time. 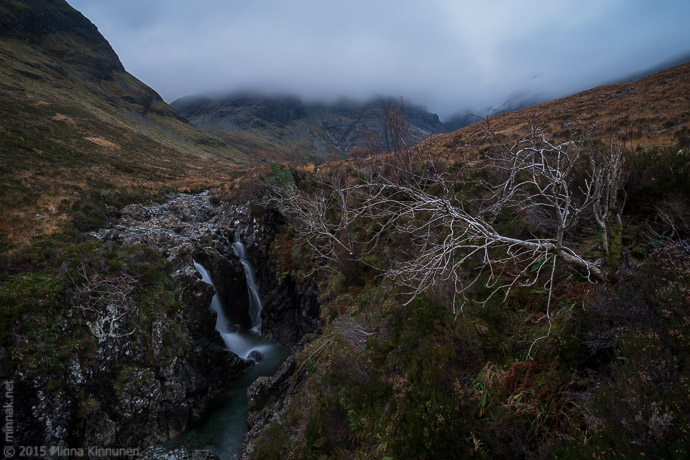 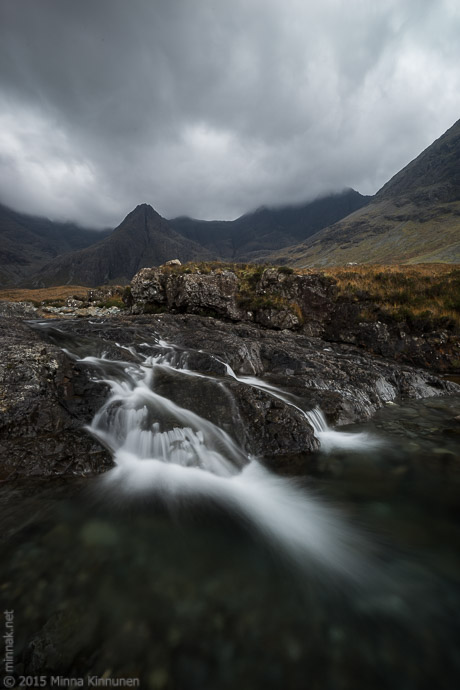 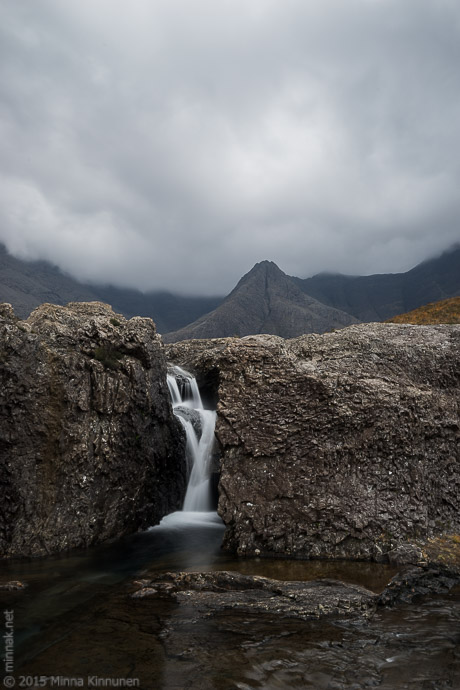 Waterfall with a narrow view 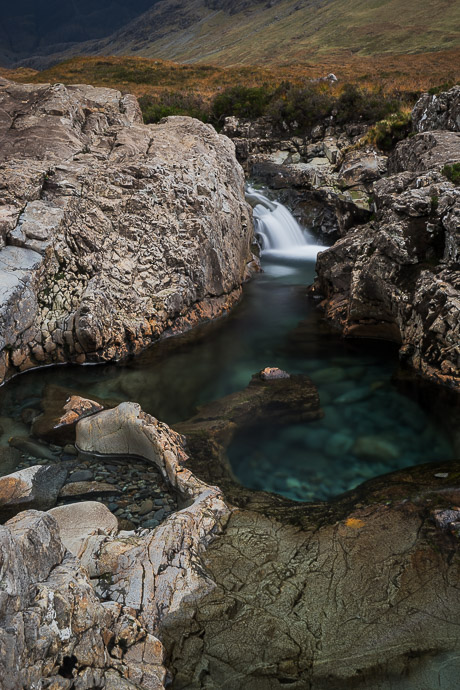 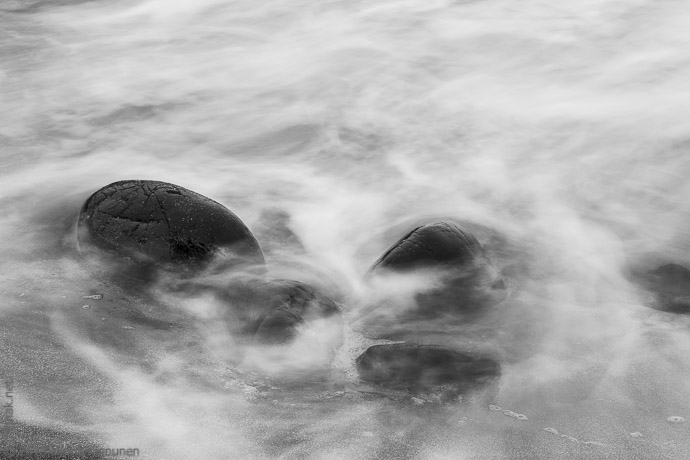