This time we had a late morning, we ate breakfast before heading out. The first stop was at the Old Man of Storr, which is a huge column (like a hoodoo) surrounded by other columns and cliff formations. Clouds were still low, and the Old Man was hidden much of the time. We waited patiently and had a couple of brief moments when the clouds lifted enough to show the whole column, but had to give up in the end.

We continued driving towards north, where the mountains are lower and less dramatic than the Cuillins in the south. After one sightseeing stop and a brief photo stop, we drove to Neist Point which is the most westerly tip of the Isle of Skye. There’s a famous lighthouse on the dramatic cliffs which would be lit by the evening sun, if such existed. Tonight we had to settle with catching the blue light just after sunset and drove back to Broadford when it got too dark to shoot any more. 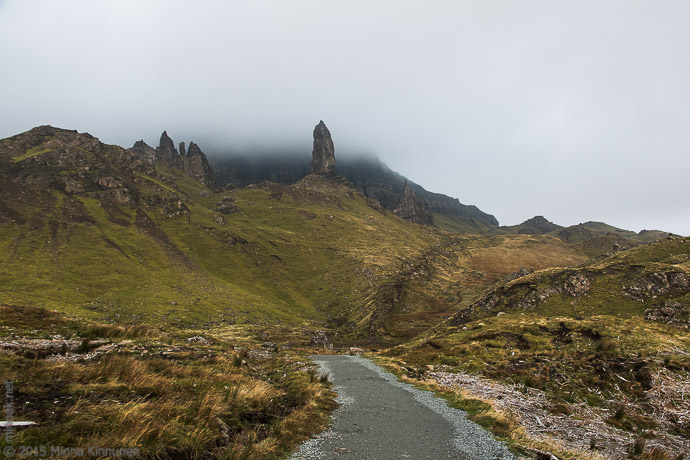 Path to the Old Man of Storr. You can see how the exotic coniferous forest has been cut here on both sides of the path, and they have recently planted native broadleaved species instead. 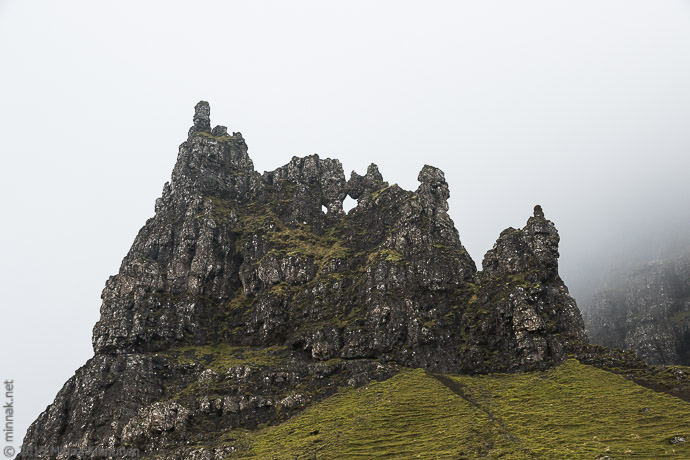 Holes in the cliff 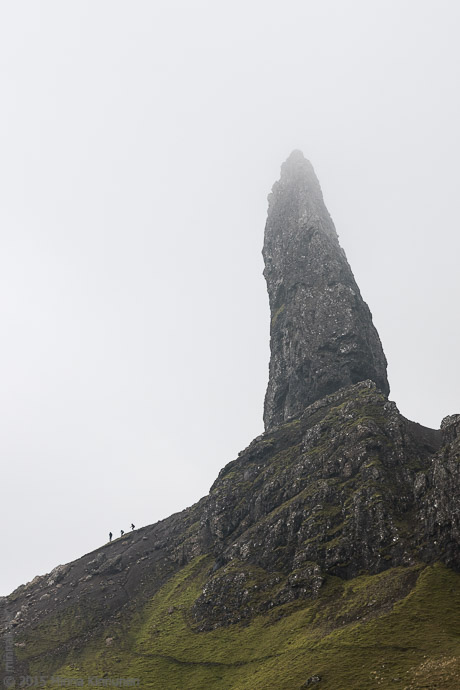 People coming down from the Old Man 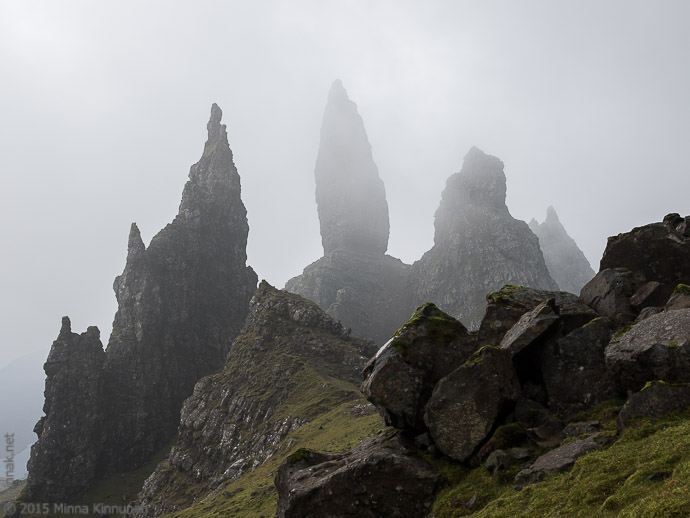 Cliffs in the clouds 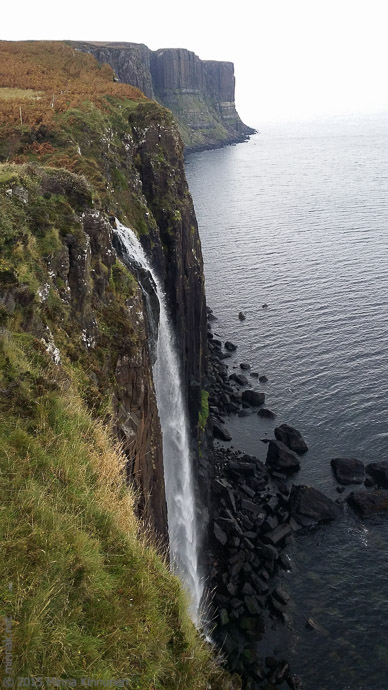 Sightseeing stop – waterfall into the sea 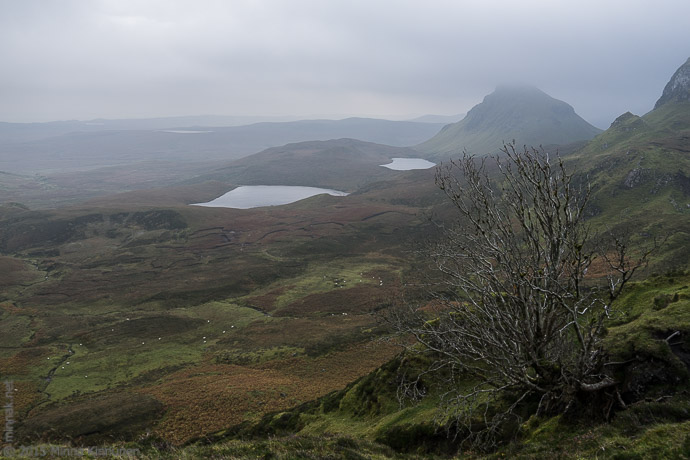 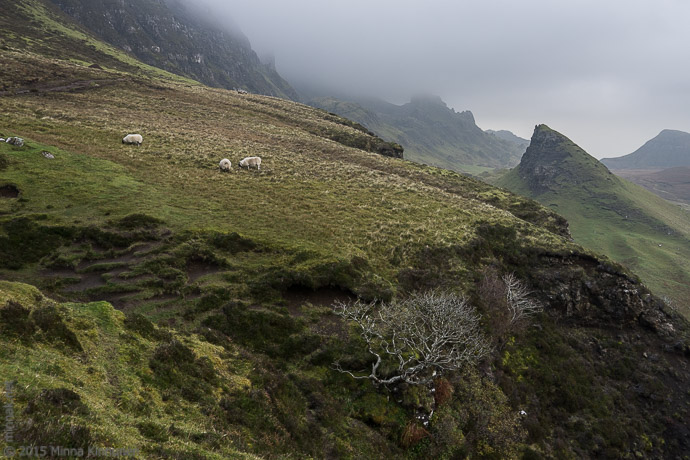 Sheep with a view 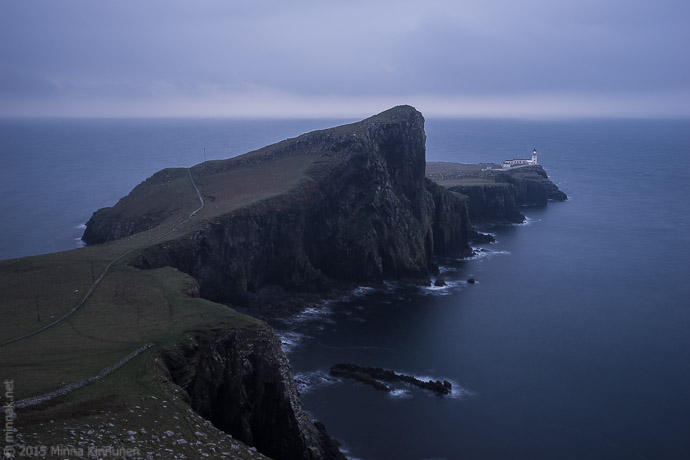