I was lost in Iceland every time we were shooting by the sea, but I think it encouraged rather than disheartened me to keep at it. So today I drove to Hornslandet, which was a good choice in that it’s easier to deal with the monotones with the graphic forms that the rocks and cliffs provide, rather than trying to be super creative to get something meaningful out of the dreariness around home.

When I got there, it wasn’t actually all grey skies. The sun was blinding me while I was driving! But I knew that the clouds would soon take over, and they did, as I was shooting my first pictures. It even felt like there was a chance (or risk) of snow, but otherwise the conditions were really pleasant. Around zero degrees, no wind, I was a happy camper!

Photographically, sure the sky could have been more interesting. But all things considered, I just wanted to have a nice day out and if I could get any nice pictures out of it, I would consider it a bonus. I also had a few geocache coordinates in the GPS, made an effort to find one but just couldn’t find it although I must have been practically on top of it. I need a second set of eyes for searching these things… anyway, I didn’t want to spend any extra time on looking for it because daylight is at a premium, so I left the cache for another time.

I had a vague plan to check out a few spots today along the coast, but in the end I decided to put all my eggs in one basket and concentrate on getting to know this one area. I really think it paid off, and as I said, there isn’t really much time to drive from one place to another and expect to find good subjects by chance when the days are so short. I ended up spending four hours at Hornslandsudden and I left feeling like I’ve only scratched the surface! It really was a great day and the icing on the cake was the light snowfall that accompanied me when I walked back to the car. 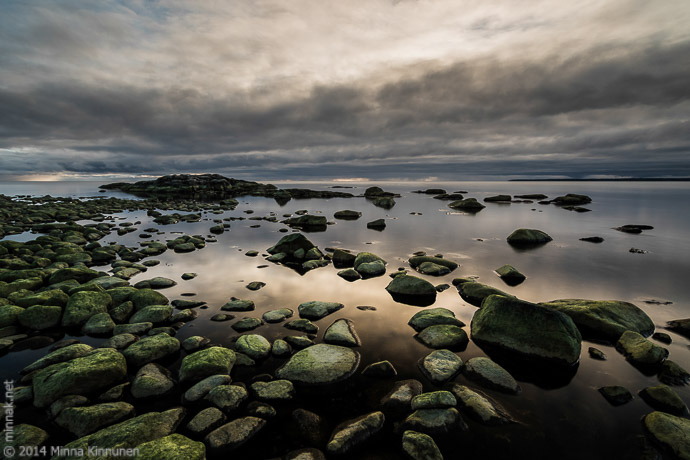 When I got to the water’s edge, I was surprised to find green rocks – courtesy of dried algae. This picture is looking south just after the sun disappeared, but there’s a big bank of grey clouds drifting in from the north-east. (HDR mimicking a 2-stop soft grad. Work in progress.) 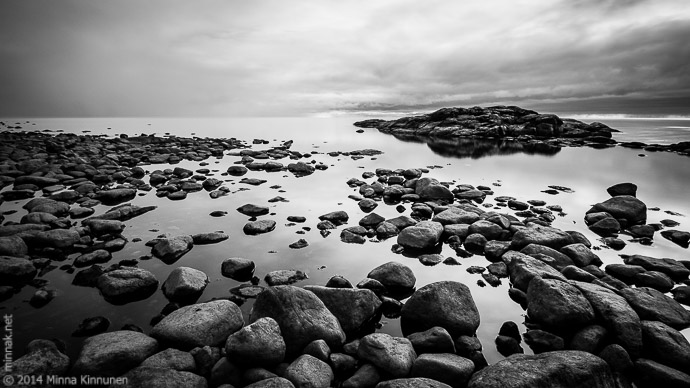 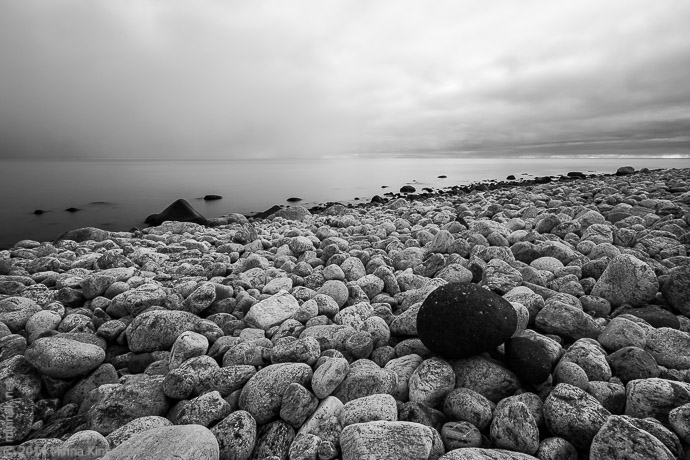 The black rocks really stuck out among the lightly coloured ones. I would like to think that this was a natural thing, but it’s almost too good to be true… kinda feels like somebody put those rocks there. It wasn’t me though! 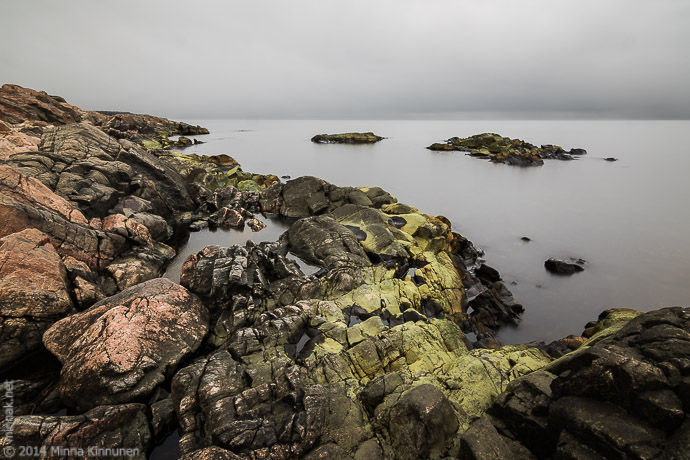 Help me out here. 9 times out 10 I choose the polarised picture over the non-polarised one, but in this case I hesitate. It somehow feels like this one works better than the polarised version below? 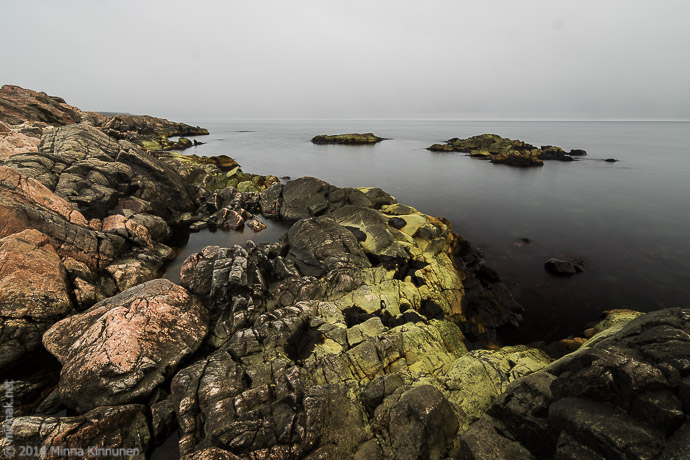 Polarising gives it punchier colours but the picture loses impact when the water is so dark? (And I can see that I forgot to do spot healing to get rid of the specks left behind by melting snowflakes on the lens.) 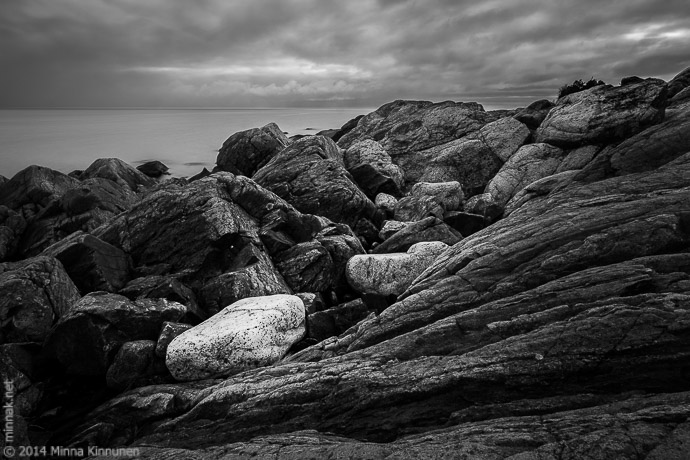 Then there was a white rock among dark cliffs. 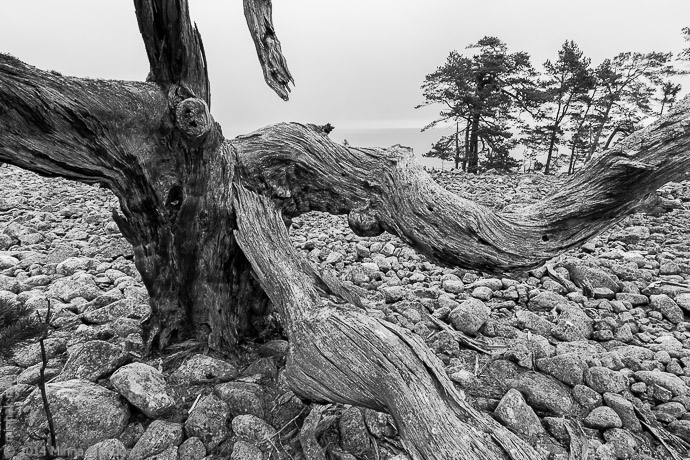 Beforehand, I was planning to shoot the weather-beaten pines but of course there wasn’t any time for that when I spent the daylight on exploring the shore. Grabbed this one on the way back to the car, gotta come back and do the pines another day!