I had a day off and drove to the Frösö Zoo in Östersund. They only keep open during the summer season and they close on Sunday, so this was the last chance. I’ve been there once before, many many years ago and all I could remember from that visit was that they have cotton headed tamarins indoors with poor light so I took the 150/2.8 macro with me. Looking at the list of animals they have, there are three species I really wanted to see (and photograph) – cotton headed tamarins, ringtailed lemurs and lions. 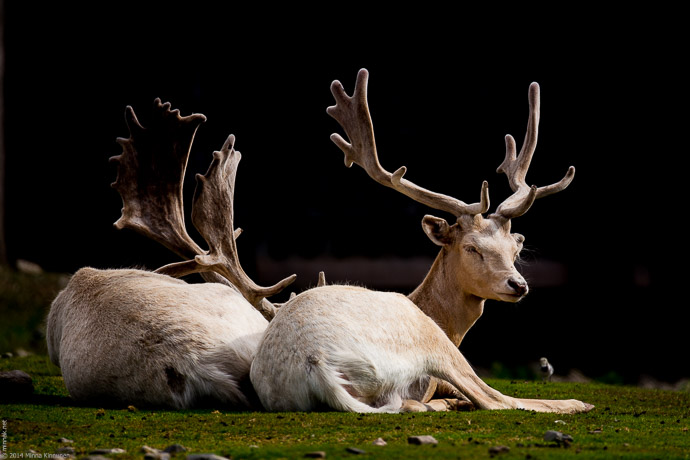 Fallow deer. There’s a wooden fence in the background which is shaded, it is clearly visible in the original but already when I took the picture, I figured that I can block out the dark tones and it actually worked.

Frösö Zoo is more of a “traditional” zoo than Järvzoo or Orsa Björnpark. They have exotic animals in fairly small enclosures (as compared to those aforementioned zoos anyway) and they target young families quite heavily, with a small fairground within the zoo area. Very annoying from my children and noise hating perspective, but I just hurried past the nightmare and tried to block out the fairground sounds for the rest of the visit. 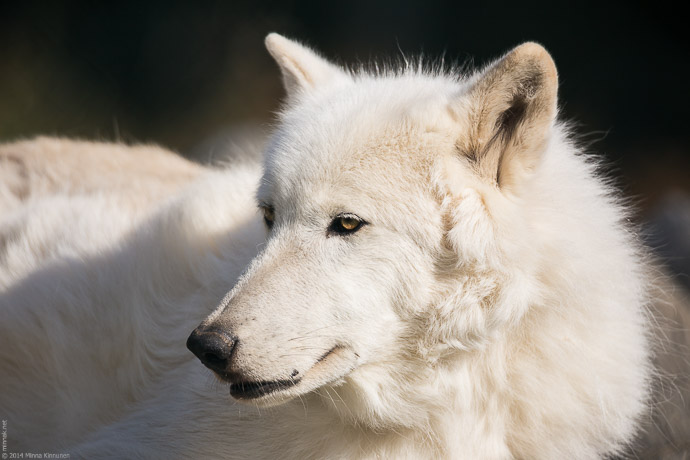 They also had a couple of arctic wolves. I was able to get a few shots on my first visit to the enclosure, but the second time I visited, the wolves were nowhere to be seen. So this was the best I got.

This being a normal zoo, it meant that all the shooting was done thru a chain link fence, or as in the case with the tamarins, thru glass. The Mega-Tamron was performing like a champion though and the fence faded out in almost all the pictures, the only problem was when the sunshine was really strong and the fence reflected the light. I got lucky with the weather though, there were enough clouds to give me some breaks and I was able to get my pictures without problems. 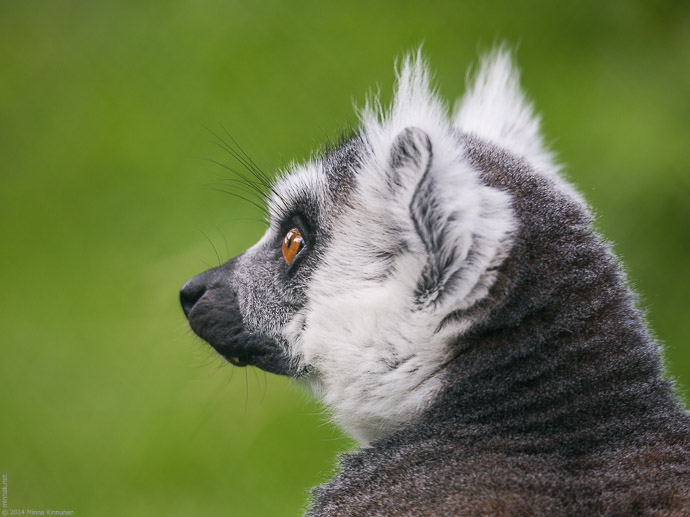 The ringtail lemur enclosure was really difficult, there was really only one spot without an ugly background and that was the grassy slope closest to the fence. The animals were so close that the lens couldn’t even focus, but one of them sat far enough for me to shoot a portrait. 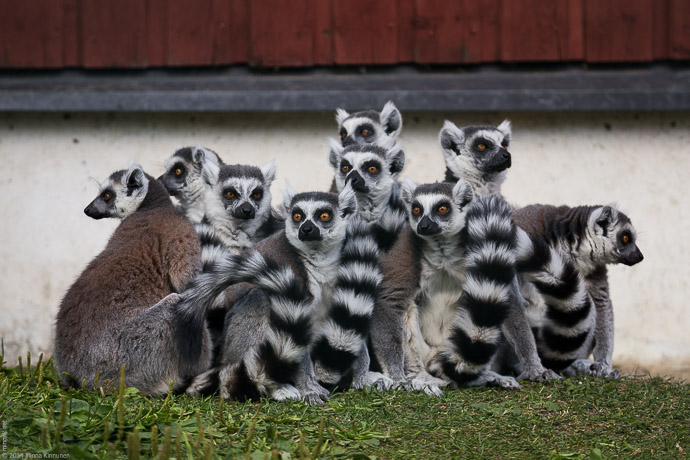 A typical lemur huddle. See what I mean about the background? 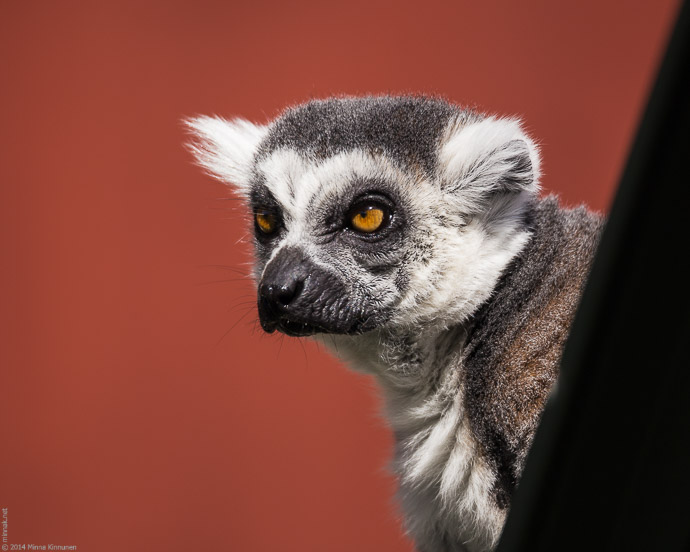 A red wall as a background, but at least it’s completely out of focus. The lemur was standing on the roof of their feeding platform, thus the diagonal dark area.

Another problem this environment brings is that nothing in the enclosures is natural. You can fade out the fence, but the background walls and all the man-made objects in the enclosure are harder to ignore. Having 600mm was a real blessing, I just simply composed really tight to create portraits, which eliminated the background problem. 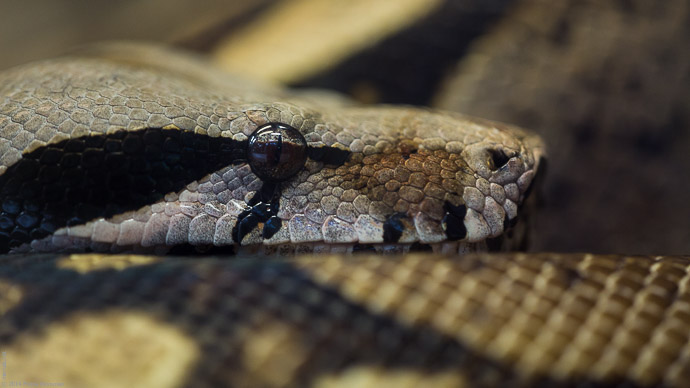 Boa constrictor closeup. It was lying right next to the window, so perfect for the macro. 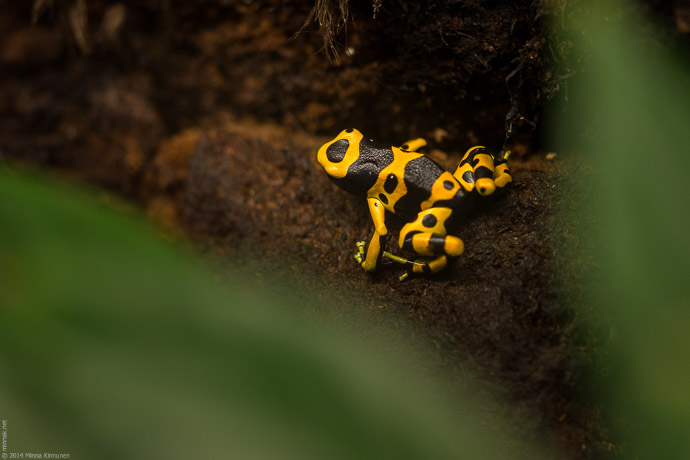 The tropical animals (reptiles and small primates) were a lot harder to work with. I was shooting at ISO 1600, f2.8, and I still had shutter speeds which rarely were faster than 1/50. Having a stabilised lens would have been great, but at least I was able to push the lens to the glass to make it more stable and also to eliminate reflections, which was a huge problem. Trying to find a shooting angle with an acceptable background and without reflections on the glass, and then focus on an animal which doesn’t sit still for one second… I had to give up on the cotton headed tamarins, it was just simply too difficult. They are very entertaining to look at though, so I was happy to see them anyway! 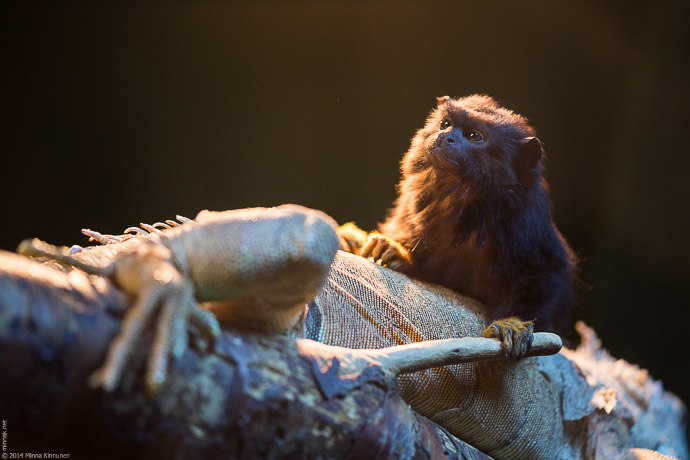 Redhanded tamarin sitting on a lizard. Yes my first thought as well, the lizard must be plastic. Nope, it’s a live one. I could see it breathe.

The pygmy marmosets were really cute.  They were all lined up on the same branch, everybody looking away from me except this one guy! 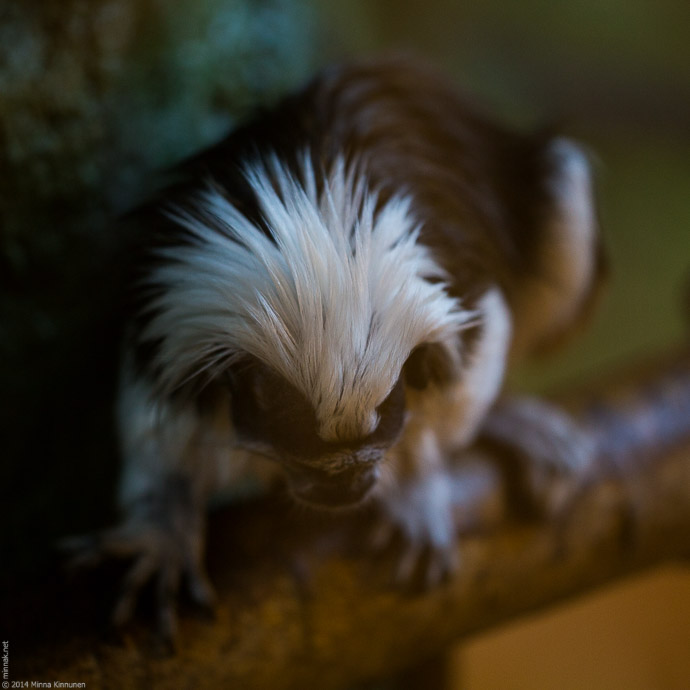 And that’s the cotton headed tamarin. It was all I could do. I’m pretty sure it was looking up when I started to press the shutter…

I shot a lot of pictures, every species that offered me any chance to eliminate the horrible backgrounds. When I saw the pictures on the computer though, I decided that it wasn’t really worth it. I can keep a bad picture of a species I like, but why bother with mediocre pictures of species I don’t particularly care about? So I missed with the cotton headed tamarins, had a hard time with the ringtailed lemurs but everything was compensated for by the lions. They have three male lions and they were all lying on the platform closest to the fence, which gave me wonderful opportunities to shoot closeups. I spent about 3 hours in the zoo, and at least one of those hours were spent with the lions. I left the place feeling very happy with my visit! 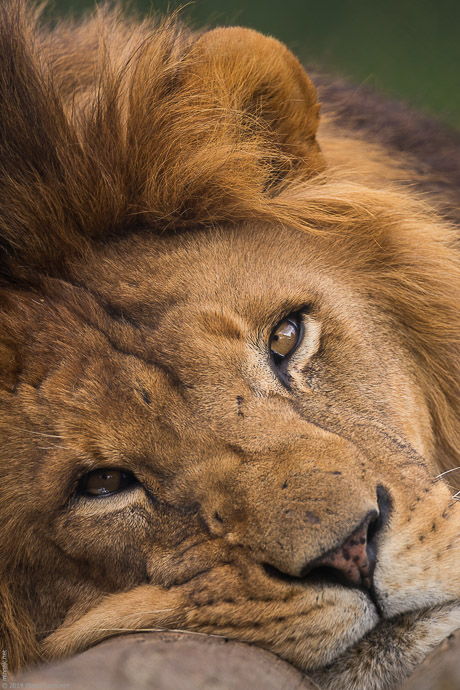 And then the lions. They were all sleeping or relaxing, so not a lot of action to shoot but all the more closeups. 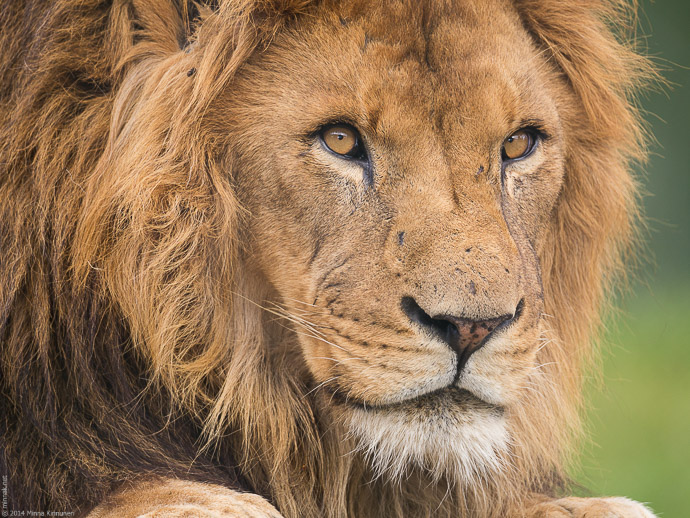 Occasionally, one of them would lift their head. 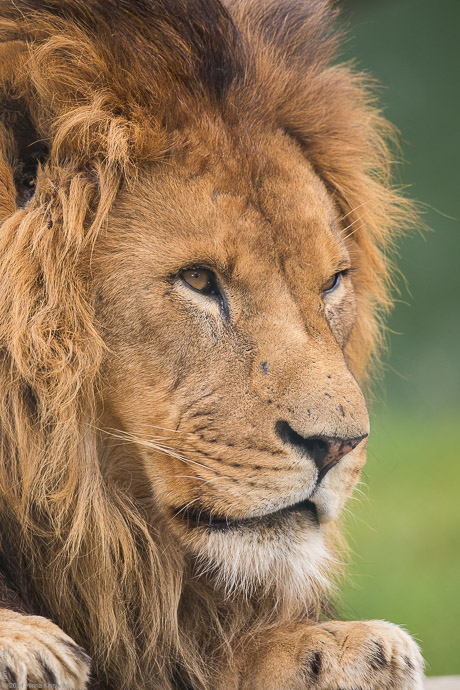 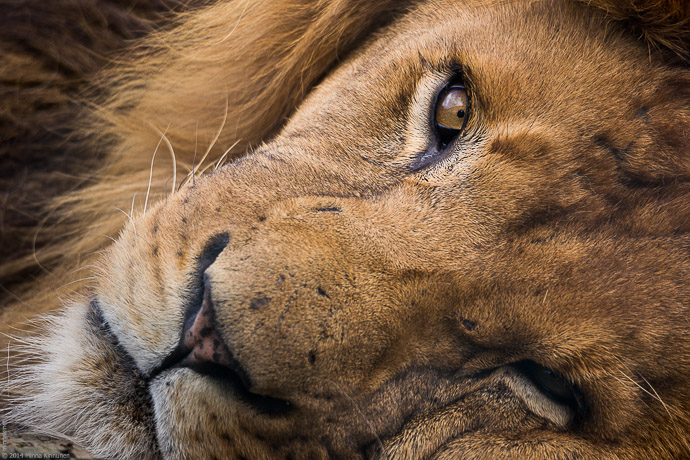 This is what you get with 600 mm. Uncropped! 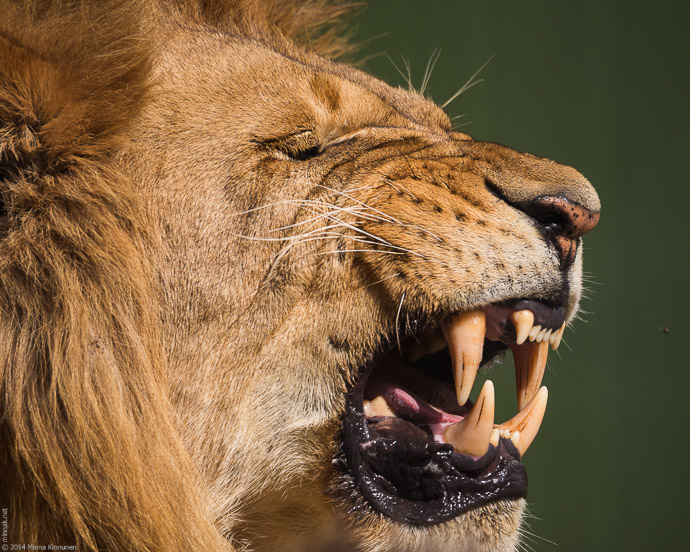 And finally, the obligatory yawn picture.