I know I’ve said this before, but I just love the bird feeder setup I have in front of the living room window. I sat down with the camera when the first birds arrived in the morning, and two and a half hours later I had 163 images. That has never, ever happened before! So, after sorting out the images, I finished with 12. Not much of a keeper ratio for sure… I’m fairly certain though that even the best of the bird photographers don’t get a keeper with every click of the shutter. Having said that, I had to crop each of the 12 images for composition, and not all of them are pin sharp. For example the willow tit taking off below – I should be so lucky! 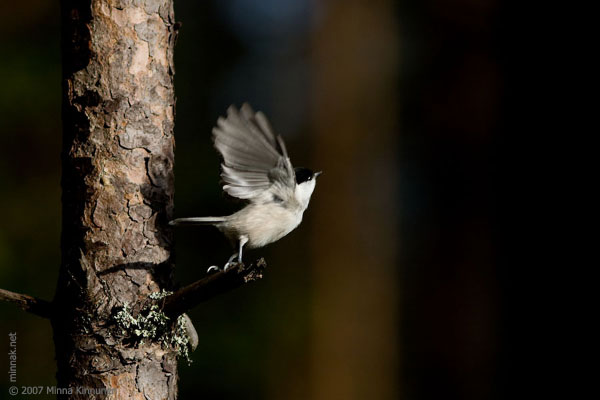 Blue tits are my favourite birds so I really, really wanted to get a keeper of one. It’s a bit heartbreaking to see that as close as I am to the birds, the 300mm (480mm) renders them very small in the frame. I’m a close-up photographer by nature so dealing with small subjects in a big frame is a problem for me. If there’s enough light next weekend, I’ll add the 1.4 TC in the equation. Every little helps. 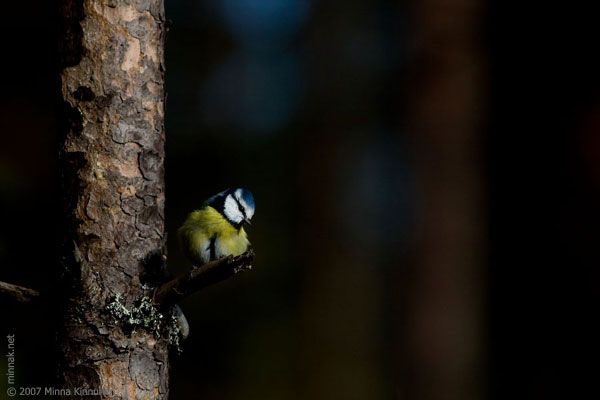 My favourite blue tit image so far. Cropped from left and below.

As for the other visitors to the feeder, the crested tit made another fly-by. I have to do some reading about them, how can I coax them to stay at the feeder? The woodpecker also showed up and this time I got a keeper. Later in the afternoon the squirrel finally made its entrance, but unfortunately my house gets in the way of light in the afternoons so I settled with watching the squirrel in action, which was a lot of fun as well!